Get a 7D2D Server with Undead Legacy Mod 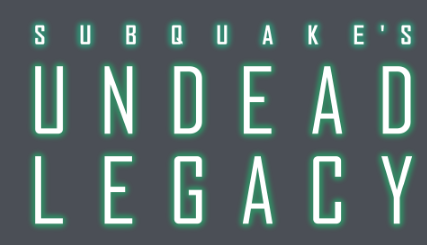 In this overhaul mod for 7 Days to Die, the primary emphasis is on boosting quality of life features, immersion, and content expansion in a meaningful manner. It adds a layer of complexity to the game by including a large number of new objects, blocks, recipes, prefab adjustments, and more.

It is being created by a single individual - Subquake - with a little assistance from other members of the community in the minor details. More information about this may be found under the Credits heading.

The creation of mods began during Alpha 14 of 7 Days to Die, and the first stable version was released on November 4th of that year. Fallout 4, Fallen Earth, Sheltered, Project Zomboid, XCOM, Conan Exiles, and other games serve as primary sources of inspiration for this project.

At this price you are getting an automated Undead Legacy modded server.

We offer server hosting with Undead Legacy mod integrated. All you have to do is to click a button to enable it.

We keep it up to date, so once it comes out we upgrade the version. You don't have to maintain it yourself.

See how easy it is to activate it.

19.6 is used as a base installation, then we will automatically install Undead Legacy for you. Please visit Mods homepage to read Terms & Conditions before you install it: https://ul.subquake.com/download

To use this modpack you may need to mod your local installation too. Please check details at: https://ul.subquake.com/download.

Please make sure you installed the right version locally (2.4.28).

How to set up Undead Legacy 7D2D server?

Get a 7D2D Server with Undead Legacy Mod