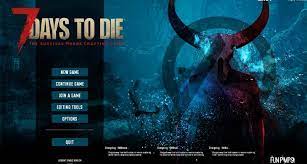 This project started by taking over the Farm Life Expanded mod. It initially started as correcting faults with the mod but as the author began to learn more about modding he realized that rather than trying to fix it would be preferable to rebuild. What started a “Farming” mod has now grown so much more.

Food! A lot of new meals that can be cooked a variety of various workstations.

Cloning! Create Cloning Chambers and and collect the elements necessary to Clone/Breed your Own Pet Animals that you may retain or harvest for resources. Also Clone Human and Animal Guards that you may put and they will guard you.

Zombie Resurrection! Create a resurrect table and collect the elements to revive zombie corpses that will battle and protect you!

Vehicles! 30 new vehicles as of this release with more coming. New Vehicles are not crafted like Vanilla Vehicles. There are many more parts required. Some cannot be crafted and must be found in the world! Some will be driveable when found and other will have to be unlocked using Car keys that can be found when harvesting vehicles. Some Vehicles can have their colors changed using specific Color wand tools.

Farm Table - For all Farm implements and seeds.

Kitchnaid\sButcher Table\sBrew Station\sQuests & Questlines! White River - Tools of Citizenship has been created part of the mod. (Many more Quests are going to be added)

Many new weapons thanks to Firearms Expansion 4.4

Custom UI based on SMX!

New Animals/Bandits/Mechs and zombies due to the community Creature Packs!

Skull Chambers! This is the newest feature to be added to the mod. The functionality is still in its infancy and will still require some tweaking.

Skull Chambers may be found across around the world. You need a key to get in and a key to go out! Once in chamber harmful gas will start diminishing your health. There will be totems throughout the chambers that when unlocked will release boss zombies! 3 Levels of Boss zombies all sure to drop goodies. The most significant treasure are Skull Tokens! When you uncover the secret Elite Traders you will be able to spend Skull Tokens to be able to Purchase Elite goods! (More Elite equipment will be coming but for now you may acquire Enhanced NailGun, Plasma Auger, Laser Crossbow, Legendary Hackblade, Legendary Blood Axe, Electric Sniper, Hand Cannon, Laser Ammo, Plasma Gun, Electric Guitar

New in game noises. You will recognize them when you hear them. Make sure you test vehicle horns! there are some unusual ones out there!