Note: KingGen is a map generator for 7 Days to Die which replaced Nitrogen (the project is discontinued).

NitroGen is a random world generator. It creates customizable random worlds for 7D2D. Configures your own personal world.

NitroGen allows users to customize their procedurally created worlds while also assisting in the generation of large worlds!

For an 8K map, world generation will typically take about 4 to 5 minutes.

Note: there is also one another alternative to Nitrogen: KingGen which is now available as a service.

-the number and size of cities and towns

-the player start positions (far away, close to towns or random)

-the number and position of traders (close to cities and towns, or far in the countryside)

-spawn together in Multiplayer, and spawn near a town if you want

-the number of traders

How to Setup NitroGen?

The first step is to download and install NitroGen on your local computer. Note, you need Java.

Performance: After you finished generating and installing the map, and want to play,

close NitroGen, as it reserves a substantial amount of memory for the generation.

A19: CompoPack temporary workaround for A19, prefablist by CrainBramp - removing some import errors of A18 POIs

The world data will be saved to a folder (map name) inside the output folder.

in the selection when starting a new world)

Hint: close the Explorer window of the GeneratedWorlds folder after copying the world over, as A18 likes

to throw an access violation when having an active explorer window for the world-files.

-highways added, those are performance hungry, so test first, you can use single or double land highways

-option to generate batches of maps

(please check if this is valid) 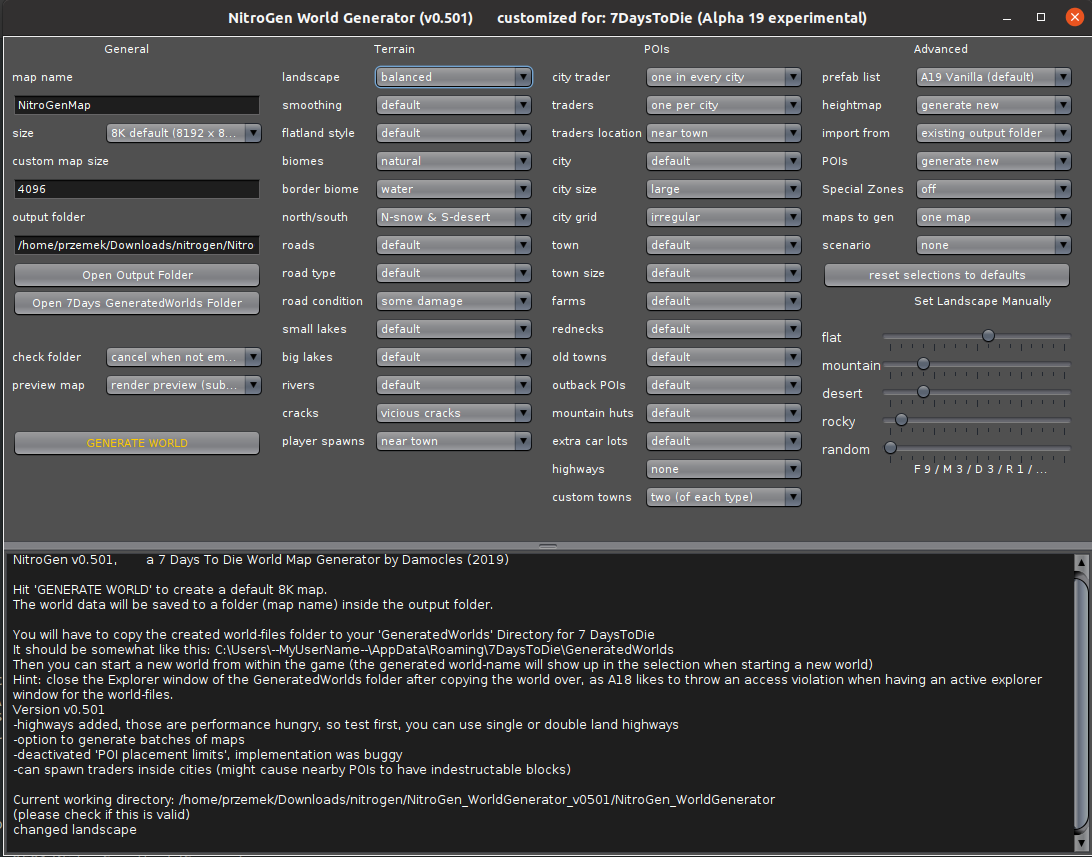 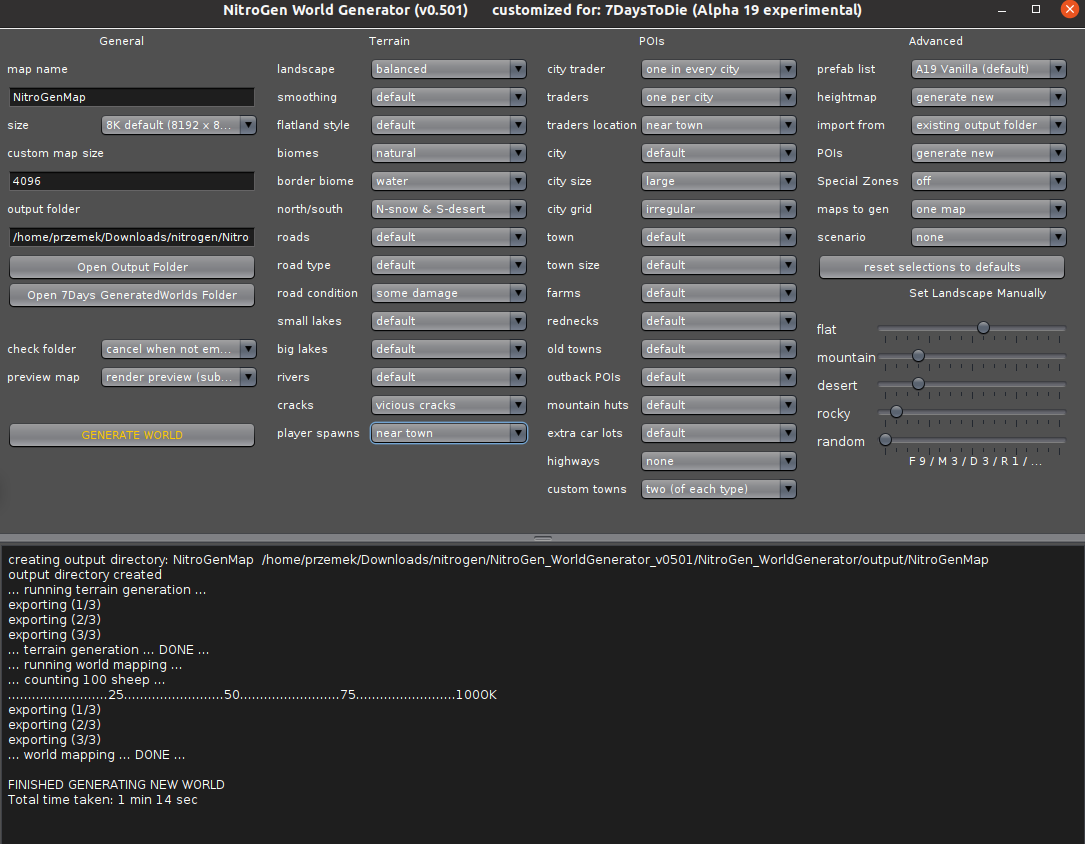 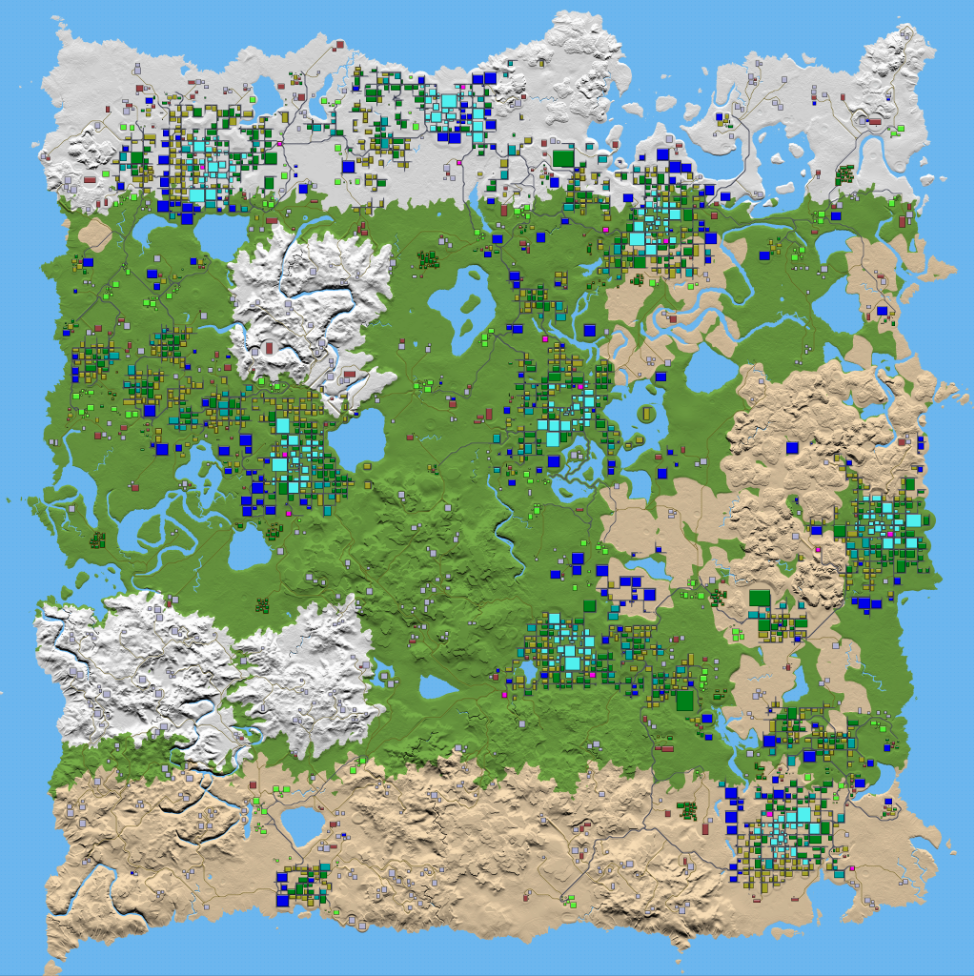 You can see our Nitrogen-generated maps here.

You can also track the work on the new map generator Teragon by Pille.